There was a time, just a few decades ago, where the residents of Columbia would put on their hat and gloves and make their way down to Main Street for the day. Main street had grocery stores, dining, shopping, entertainment, and churches. Jenna Bridgers, of City Center Partnership, spoke at the North Main Know and Grow session about the city, county, nonprofits, and business leaders of Columbia and how their focus is shifting to bring Columbia a more connected and engaging Main and North Main street.

Also sitting on the panel were Doug Aylard of Vino Garage, a boutique wine and beer shop in the North Main district, and Frank Cason of Cason Development Group, a key developer in the North Main area of Columbia. The focus of the panel really centered on two things: Where is North Main (NoMa) now? and Where is it going? 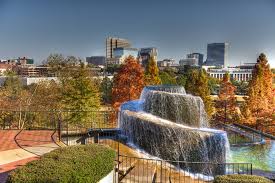 Where is NoMa now? Developers saw NoMa as a "blank canvas" - the size and condition of the existing infrastructure was something they could work with to create the district we see today. These new buildings were filled with start ups and entrepreneurs, creating a very close knit and local/small business supporting community.

Currently, NoMa is going through a City sponsored re-branding, under the direction of the North Columbia Business Association (NCBA). The NCBA is truly pushing businesses and individuals to "use the city for our help instead of hurt" (in the words of Mr. Aylard) and to view the NoMa district as a small, supportive community, where you truly can walk or bike to most of the local establishments.

The panel addressed the "What about the homeless" question as well. As Bridgers so perfectly put it, "We have homeless people, not a homeless problem. As in every urban core, we are going to have homeless. The programs and such that provide them the services they need are centered downtown, which means the homeless are going to revolve around the downtown area." Aydler assured the group that in the six years his establishment has been a center point for the NoMa district, he has not had a single break in. 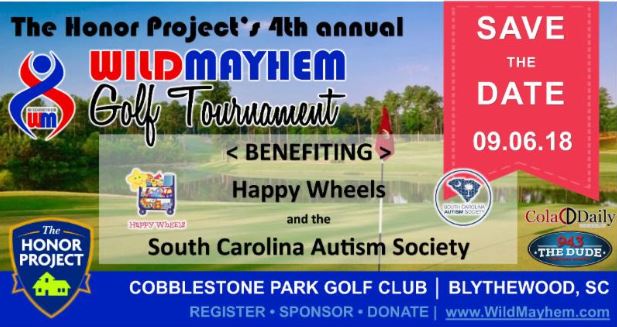 Where is NoMa going? About 1500 people live on the Main Street corridor as a whole. The North Main district is adding $85 million in residential development in the next year or so. Plans for three new developments are already in the works. To attract more investors and developers, NCBA and the Eau Claire Development Commission are organizing an open house to showcase the area, along with the Cornbread Festival and the First Tuesday's Music in the Park, both located in the beautiful Earlwood Park in the NoMa district. The panelists urged the group to "think about what the immediate neighborhood wants" (Aydler) when developing a district. Cason urged the group to "not look to the city as the savior to all of our problems. Private investments truly will solve a majority of the problems we see in the NoMa area."

The North Main District's local population is twice as educated and brings home twice as much per household than the national average (Aydler). This small home district truly is a wonderful place for young to middle aged professionals and retired families who are looking to live near the hustle of Columbia, but in what is truly a small town. Reach out to our agents with any questions or to purchase a house in the area!